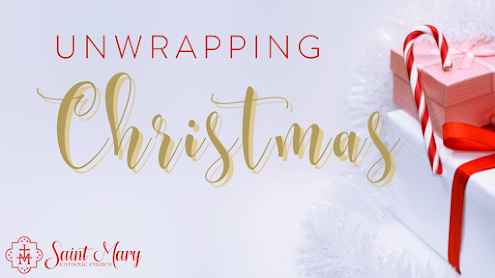 Wrapping paper can be beautiful, delightful, charming, whimsical and mystery laden. What is inherently more interesting, attractive and irresistible than a wrapped package?

It was in 1917 that wrapping paper became accessible to everyone, by accident. A pair of brothers had a little stationery store where, that Christmas, they were enjoying an exceptionally good holiday season—so good, in fact, that they were running low on inventory. So they searched their store for anything they could sell. They came across a stock of very expensive fancy French envelope liners.

They had ordered it by mistake and never sold a single sheet.

That Christmas, those two brothers had the crazy idea that they could convince their frugal customers that they should buy this paper to wrap their Christmas gifts.

They sold out. The next Christmas they designed and printed their own paper, and sold out again. And an industry was born. The brothers? Joyce and Rollie Hall. Maybe you’ve heard of their store? . . .Hallmark.

Wrapping paper isn’t the gift, yet it changes the impact of the gift giving experience. We want to know what the paper is covering. Psychological studies show we have a more favorable attitude toward wrapped gifts. It turns out, how things are wrapped can be incredibly important.

The core message of Christianity, is a beautiful, simple message, but unfortunately it has been wrapped up in a way that doesn’t always seem appealing. So many times it has been poorly wrapped by a lot of church people. Maybe you walked away from Church because you’ve seen Christianity wrapped in hypocrisy, pride, judgment of others, divisiveness and unfriendliness. Or maybe you have seen Christianity wrapped in religious rule keeping.

I understand all of those reasons for walking away from Christianity. However, none of them have anything to do with Christianity, not really. They might have to do with certain Christians, but that’s not the same thing as Christianity, is it?

As one famous Christian writer put it, “The greatest argument against Christianity is Christians.” The best argument for it, on the other hand is the Christmas story itself.

The gospel writer Luke tells the story of Christmas that most of us know. Luke goes to great efforts to show that although he is describing miraculous, fantastic events, they’re not myth or legend, fantasy or fiction; they really happened in history.

Luke places the Christmas story in the context of history and geography. We know when this happened and where: Joseph and Mary travel south from the town of Nazareth to the town of Bethlehem for a census because of the order of the Roman emperor at that time.

Luke goes on to tell us about Jesus’ birth and about shepherds in fields keeping watch over the flock by night.

Shepherds were the outcasts of society. So the core message of Christianity is for everyone, starting with the marginalized, like these shepherds. Understandably, they were terrified. because angels show up and the bright Glory of God shines all around them. Brighter than daylight in the middle of the night!

The angel offers a curious message: “Do not be afraid; for behold, I proclaim to you good news of great joy that will be for all the people.”

This may be the first time you’ve heard that, I mean really heard it. Good news of great joy!

In your experience, maybe Christianity has been wrapped so badly that you never thought of the idea that it could be good news, much less that it could inspire great joy.

The angel also lets them know where a savior has been born for them who is Christ the Lord.

God had sent saviors throughout history to help his people. He had sent people like Moses, Joshua, and David to save people from situations that seemed hopeless. That is what a savior does. They get us out of situations we can’t solve on our own. But THIS savior is someONE different. This savior is: “Christ and Lord.” Even these shepherds knew what that meant; the long awaited figure who would change everything for everyone.

The next very important word is FAVOR. The angels sing: “Glory to God in the highest and on earth peace to those on whom his favor rests.”

Favor, I love that word. God didn’t send his son into the world to condemn the world, or make us feel guilty. He didn’t do this to set up more religious rules, they already had more rules than they needed. God sent his Son to unleash his favor.

Favor is the free and undeserved help that God gives us to respond to his call to become children of God, partakers of God’s divine nature and of eternal life. Wow!

When you unwrap it, that’s the core of Christianity. That’s what Christmas is all about. Tonight though, some of you might not be feeling God’s favor. Maybe you are feeling loss, or doubt, fear, or grief?

This Christmas, I pray you know God’s favor. It all begins with God. God is a generous giver, and everything is ultimately a gift from him. At Christmas we celebrate that God gave us his very best.

At Christmas we celebrate that God the Father gave us his Son. He gave his Son to share his favor. And that favor includes healing for hurts, peace for stress and anxiety, wisdom and hope for living. As we accept the gift of his favor, we receive all those other blessings.

Perhaps the most famous line in all of Scripture Sums it up best: For God so loved the world he GAVE his only beloved Son.

The shepherds go and find Mary and Joseph and the baby lying in the manger. When they had seen him, they spread the word about Jesus. They believed the word of God, brought to them by the angel and they acted on it. And it changed their lives. And that’s God’s gift to you this Christmas, to be with you, to walk with you each day in a living, loving relationship, in which God shares his favor with you. When you unwrap the beautiful story of Christmas, that’s what it’s all about.