True Freedom and The Law 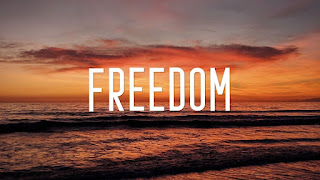 Why was Jesus not able to perform any mighty deed in his hometown of Nazareth? And what does that have to do with us and with true freedom?

Did the lack of faith of the people of Nazareth rob Jesus of his powers? Would he not have been able to turn water into wine in his hometown of Nazareth, as he had done when he turned water into wine in the town of Cana? The bible is full of him working all sorts of miracles in other towns. Jesus was the Spirit-empowered Son of God (Luke 3:22; 4:14); his power was not a magical quality that switched on and off at the city gates. If we look only at Jesus’ abilities, whatever he was capable of doing anywhere, he was capable of doing in Nazareth. And in fact, the gospel today did say he CURED some sick people in Nazareth by laying his hands on them.

So what happened in Nazareth? Jesus encountered, not only lack of faith there, but also positive disbelief. People took OFFENSE at who he claimed to be. The people of Nazareth were sure they knew who Jesus was, because he had grown up there. They were stuck on old ideas about him. Most of them rejected the possibility that he was anything other than a carpenter. Envy reared its ugly head. How could someone who was no better than themselves be so outstanding?

They THOUGHT they knew Jesus. They knew where he grew up, they knew his family, they might even have been able to show us the carpentry work he had done in Nazareth. They couldn’t stop asking themselves, “Who the heck does he think he is?”.

Don’t the people of Nazareth in today’s gospel sound like the people of our day? They are not necessarily against Jesus. They just THINK that they already know all about Him. They have heard the gospel stories and have an impression that Jesus was a good teacher. But, to most people, Jesus is just one teacher among many. They feel free to pick and choose which of his teachings suit their lifestyle and reject whatever makes them uncomfortable. But they do not have faith in him as the Son of God, as the ONE sent by God to save them. For that reason, Jesus chooses not to do mighty deeds for the people of Nazareth because they reject who he really is and he does not force himself on anyone, then or now.


If we are honest with ourselves, we might hear, in our own hearts, an echo of the voices of the people of Nazareth. Though we come to Mass every Sunday, and maybe even every day, there may be times when we’re so distracted by what we need to do later today, or this week, that we don’t remember what the bible readings were about. Even when we receive our Lord in Holy Communion, we can be thinking about everything else except that the Creator of the Universe has humbled himself to enter into communion with you personally. No doubt, all of us have grieved Jesus many times because of our lack of faith in his word and in his true presence in Holy Communion.

So many times, we water down the hard truths of Jesus’ word because we don’t want to offend people. We tell ourselves that people aren’t ready to hear what Jesus taught about the dignity of human life, the meaning of our sexuality, and the vocation to marriage. In fact, what we’re really afraid of is being personally rejected and criticized. We tell ourselves that we have to make the gospel relevant to people today. But what can be more relevant than the message that we are loved by God and that Jesus died to save us? Perhaps, we’re really not so sure about it ourselves. And so we hold back, just in case it turns out we’re wrong.

Nearly two thousand years ago Jesus’ own neighbors and friends thought he was some kind of “nut,” and refused to listen to him. They were sure they already knew and understood EVERYTHING there was to know about themselves, about life, and about God. They were so sure, and so DEAD wrong! They were stuck in dead ideas. Do we sometimes think that we know all about God, and his Son Jesus, and that the Church has nothing to teach us?

There’s a lot about every one of us that is very right. There are parts of us that are so good and so true that we just “glow in the dark.” And we need to take delight in all that goodness that we and God have built together. But at the same time, we need to look at the parts of us that have become stuck, making the same old mistakes, stumbling on the same rock on the same road every time we pass. How is Jesus challenging you in your life? How is the Church challenging you to change and get un-stuck, to be free in the eyes of God? A huge part of getting un-stuck and free is believing everything Jesus teaches us, including accepting fully who he is as God, and living your life in such a way that you are freed by everything he teaches. It is about freedom, freedom in Jesus Christ.

The 4th of July we celebrate freedom. Whether we are young or old, the Lord is calling each of us to freedom, which means letting go of the parts of us that don’t work, let go of the parts that are stuck in the mud, and let go of the parts of us that are lifeless and unfree. Let go of it all, and let God take over and show you the way. It is the way to freedom and life. But that kind of freedom calls for obedience. We tend to think of obedience and freedom as polar opposites. But they are not. You can not have freedom without laws and obedience to those laws. Freedom not only presupposes a system of law but also could not survive in the absence of law. It is the same thing with God’s law and Church law. Those laws are there to set you free. How are you being challenged by those laws? Where are you stuck? This day of freedom, why not make a promise to yourself and the Lord to get un-stuck.

Let’s celebrate freedom this July 4. Through submission to Jesus, and his way of living, let us walk free with the Lord, and HIS law, this day and every day of our lives.