More than Words: The Source of our Words 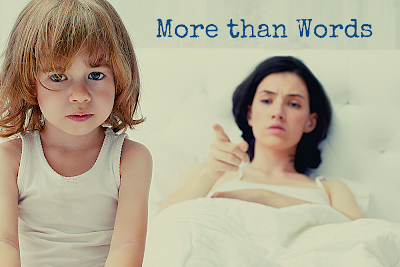 This is the second week of our current message series all about words.

Last week, Father Doug Halsema introduced our series by stating that our words matter and are incredibly important. The words we speak shape the way we look at life and they greatly influence the people around us.

By our words, we are either bringing life or doing damage – to our finances, to our career – to our relationships, to our marriage.

He also challenged us in a couple of ways. He asked us to come back this week to listen to more about how words matter, so if you are listening, you have completed that part of the challenge. The second way he challenged all of us was to sign up for the YouVersion Bible app and to participate in our small group Bible studies on the app. He also mentioned tuning into our new online opportunity on Facebook and YouTube called Message Matters Monday, where we break open the Sunday Mass readings and the homily in a conversation. We will be doing that every Monday.

So today, we want to look at a certain set of words, that are, in fact, negative words.

We’re going to take a brief look at negative speech and some of the problems we face that form these negative words.

If you had a recording of the words you spoke over the last 24 hours, there would probably be some words you would not want to repeat. Words, on reflection, you sort of wish you hadn’t said.

And looking back even further, considering the whole of your life, there are probably things that you’ve said that you would give anything to take back. I think every person here, especially the parents, we have said things to our spouse or kids that we wish we wouldn’t have said. I know that I am guilty of this. And, frankly, there’s not much to be done about it. Aside from apologizing, we simply cannot take those words back.

But we’re not talking about a misstatement or one-time blunder of speech.

I’m talking about a consistent pattern, a repeated precedent, a life style choice.

I’m referring to patterns of speech that we probably develop over time; which we don’t even perhaps recognize, but that become habitual.

There is hope; they can be addressed and corrected. And that’s what we’re going to discuss today.

Let’s look at a passage from First Peter.

Peter writes, “Do not return evil for evil or deception for deception, but on the contrary bless, for to this you have been called, that you may obtain a blessing. For he that would love life and see good days, let him keep his tongue from evil and his lips from deception, slander, malicious speech.” (1 Peter 3:9-10)

Peter says do not return evil for evil, hurt for hurt, harm for harm. That’s interesting, isn’t it? Because elsewhere in the Bible we read in Exodus (21:23), “An eye for an eye, a tooth for a tooth.”

That is the so-called “Law of Retaliation” in the Mosaic Law and it seems in contradiction to Jesus’ teaching in the New Testament. But it’s not.

In establishing the “Law of Retaliation” Moses was introducing a standard that actually aimed at limiting retaliation. In those, retaliation could be more severe than the original offense, so Moses introduced the standard of “An eye for an eye, a tooth for a tooth.”

Jesus, in turn, expanded Moses standard to a whole new level, which is what Peter is referring to, especially when it comes to our speech. Peter, in fact, is saying, aim at avoiding sins of speech no matter the circumstances. So what are these sins?

We could go in lots of directions with this topic, we could probably do a whole series on just it alone. But Peter mentions three specific areas that cover a lot of territory; three we’re going to look at today. First, he mentions… deception.

Deception, or lying, is saying something we know is not true.

Now, sometimes our lies seem harmless. They’re called “little white lies”, like lying about your age or how well you did on a test. Saying something that makes you look better, or softens an unpleasant fact. The problem with these little lies is that they can open the door to bigger, bolder lies. We can get good at it; it becomes easy to do.

The instinct to lie springs from many things: fear, sloth, self-deceit, but mostly pride.

At the end of the day, lying is about pride in our hearts.

Serious lying is so wrong, that something in us reacts very strongly when we know that we have been lied to… especially by somebody we trust. Think of the last time you caught somebody in a lie. The hurt or the anger was very deep.

That’s why adultery can be so destructive in a marriage, because at its heart, it is a lie.

One lie, one single lie has the power to permanently tarnish a relationship, sever business ties, and erode confidence in an organization or institution. And yet, as damaging as lies are, almost every one of us, has lied about something; probably even to people we love. As destructive as it is, lying is a common sin unfortunately.

Another part of this sin is not lying per se, but the manipulating of others to get what we want. Again, our pride does what it wants to get the results it wants. No matter how or who it hurts.

Then, secondly, Peter mentions…slander, and its accompanying sin of gossip, which is talking about someone else in a negative or unflattering way; sharing information that is really none of our business.

Gossip is spreading private information, which may or may not be true. Slander is spreading rumors we know to be false, and as such, it is more malicious and more destructive than gossip.

But, gossip can be destructive in its own right when it is prevalent and persistent.

Sometimes in our social circle, among our friends, or in our neighborhood, gossip becomes a form of currency and entertainment. But it always comes out of an insecurity within ourselves or an envy for others, a distraction from our own problems (my kids might have their issues, but her kids are out of control), celebrating another failures in order to feel good about myself.

The antidote to gossip is prayer. When you’re tempted to speak about someone else, pray for them instead. And, when someone else approaches you with gossip, here’s how you graciously shut them down, say something nice about the person in question, “Oh, she’s such a great Mom, I really admire her.”

A third form of sin in speech comes with… maliciousness.

This is basically murmuring and complaining. And it’s what got the Israelites into trouble during the Exodus. No matter what God did for them or provided for them, it was never enough. They were constantly dwelling on the negative, blaming God, and attacking Moses. And it got them stuck in the desert for 40 years. This kind of talk always gets us stuck. Nothing is ever good enough. Nobody is ever good enough.

Murmuring and complaining are unkind. They lack appreciation and consideration for the other person; they’re dishonest because they’re basically mischaracterizing or exaggerating the reality; and they find their basic source in ingratitude.

You want to know something else about murmuring and complaining? It’s boring.

It’s unattractive. And nobody wants to hear it. If you have to blow off steam, and all of us do from time to time, take it to a safe place, one other person, and then let it die there.

If, on the other hand, you find yourself complaining a lot, try saying “thank you” a lot more often. It might just melt away that maliciousness of the heart.

The words that come out of our mouth are a reflection of our heart.

On the other hand, Peter teaches, when you, “…[speak] blessing and you will inherit a blessing.” (1 Peter 3:9)

Your patterns of speech, how you handle your conversations, reveal the health of your heart.

Speak encouragement, speak approval, speak respect and honor, speak the truth in love, speak blessing, and your heart will be blessed.

I want to challenge you this week to monitor your words, in some deliberate way, to examine more carefully and consistently what they reveal about your heart. Just pay attention to what you’re saying. Maybe journal or write a daily log. Or better yet, ask someone close to you to help you monitor your speech, and ask them to give you feedback; maybe your spouse or your kids, they will probably be more than happy to help you out with this.

In the Gospel today, Jesus promises to send the Spirit, the Spirit of the Father and the Son, the Holy Spirit who is given as our Advocate and guide. He calls the Spirit “the Spirit of truth.”

We need that truth, in order to be honest with ourselves about the ways we need to change our words; so we in turn, can change our lives and positively influence the lives of people around us.

Words have power and God’s word has God’s power. Use that power. Be the positive difference in someone’s life.