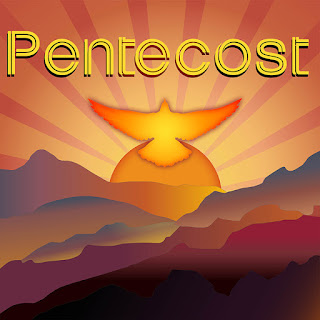 This is the final week of our series called More than Words. We have used that title because often we devalue the power of words. We say things like sticks and stones will break my bones but names will never hurt me. The reality is that words have incredible power and God’s word has God’s power. We can all think of times when words have changed the course and direction of our lives.

Two weeks ago we looked at some of the sins of the tongue. Those sins come from our heart. We looked at how our words reveal our heart and reveal what we have to work on in our heart.

Last week we looked at finding words in Scripture to bring clarity and direction to our life. Words that give us our mission, the mission that God has called each and every one of us to. Growing up or even as adults, people can say things to us that put us down or throw us off the right path. We don’t want to let the words of others define our direction. We want to let the word of God set the course to our lives.

Any man or child who has been sent to the store by mom to pick up something specific knows the pain of bringing home the wrong item. Whether it’s a breakdown in communication by mom, or dad and child just not paying attention well enough. The situation is common and almost always frustrating.

There are times when we are talking and its not going through or there is just a miss.

We are going to look today towards a solution. To do so we are looking at a passage from Acts of the Apostles and Pentecost. Acts tells us:

When the time for Pentecost was fulfilled, they were all in one place together. And suddenly there came from the sky a noise like a strong driving wind, and it filled the entire house in which they were.

Pentecost took place 50 days after the feast of Passover. It was a Jewish feast that celebrated the harvest. Jewish people would bring to Jerusalem their first fruits and offer them at the Temple. On this particular year, Pentecost happened 50 days after Jesus had risen from the dead. 120 disciples were in Jerusalem praying because this is what Jesus had instructed them to do.

As they were praying a strong driving wind came and filled the entire house. It would have felt like a hurricane. And as the wind died down, we are told:

Then there appeared to them tongues of fire, which parted and came to rest on each one of them.

And they were filled with the Holy Spirit and began to speak in different tongues as the Spirit enabled them to proclaim.

Fire is a symbol of the Holy Spirit because fire purifies. Fire gets rid of impurities. Fire purifies metals. It kills germs and impurities. Eat a raw piece of chicken or meat and you will wind up very sick. Cook that chicken on your grill and adds a whole bunch of flavor and gets rid of all the germs that would make you sick. It purifies.

And they were all filled with the Holy Spirit and began to speak in different tongues as the Spirit enabled them to proclaim.

When the Holy Spirit came to the first disciples, they were then able to speak in different languages. The coming of the Holy Spirit at Pentecost is understood to be a reversal of what happened at the tower of Babel. At Babel, God confused the speech of humanity and brought about different languages because the hearts of people were wicked. People were working to build a tower to heaven as an affront to God and his power. They said, “Let us build ourselves a city, and let us make a name for ourselves.” It would be similar to us saying we will name our own president or we will name our own pope.

It was declaring war on God and his will. And so God has to come down and look at what they were building which was a way mocking the builders at Babel as if they could ever force their way into heaven. God then confuses the speech so as to limit the evil and harm they can do.

Now with the birth of the Church, the birth of a community of believers, God is bringing unity to speech, he is making it so that everyone can hear the same words. And this comes from a humility of the believers. They had gathered in prayer as Jesus had told them to do.

God was giving the disciples an ability to speak in different languages and bring unity of speech because they were filled with God’s spirit and unified with the desire to bring the Gospel to the world.

Now there were devout ? Jesus from every nation under heaven staying in Jerusalem. At this sound, they gathered in a large crowd, but they were confused because each heard them speaking in his own language.

They were astounded, and in amazement, they asked, “Are not all these people who are speaking Galileans? Then how does each one of us hear them in his native language?

We are Parthians, Medes, and Elamits, inhabitants of Mesopotamia, Judea, and Cappadocia, Pontus and Asia, Phrygia, Pamphylia, Egypt and the districts of Libya near Cyrene, as well as travelers from Rome, both Jews and converts to Judaism, Creatans and Abrabs.

Yet we hear them speaking in our tongues of the mighty acts of God.

Even though they spoke a different language, even though there was a language gap, because they were speaking about the mighty acts of God, all these different nationalities were able to make sense and understand what the disciples were saying. And after this Peter preaches and many people come back to God.

Confusion in our words and speaking comes from sin. Confusion leads to frustration and the breaking down of our relationships. The relationships at work or at home that bother you are marked by confusion. While you might not be speaking different languages with some people in your life, you might feel like you might as well ought to be.

Maybe for you it comes when talking about finances with your spouse. And you keep trying to explain that you can’t spend more than you make but your spouse can’t get it. Or there is a problem with an employee but no matter how much you tell them about the problem, it doesn’t improve. You are trying to explain to your parents your problems or issues but you are just not getting through.

Confusion is connected to sin. Clarity and clear communication are a mark of the Holy Spirit. So how do you get on the same page or cut through that confusion.

The feast of Pentecost gives us insight and some steps to take.

It frustrates me to no end when people say things that just aren’t helpful, that aren’t leading a conversation towards a better place but are just speaking to hear themselves talk. And it really frustrates me when I do it. And I think that was a dumb thing to say.

Imagine if before every time we spoke, we asked the question: Is this helpful? Am I saying this to help the other person? We can ask the Spirit to purify our hearts that we only speak with the desire to be helpful and not prove ourselves right.

The best way to be helpful is to understand where people come from. When we understand their position and their situation we can better communicate to them. Seven habits of highly effective people says it this way, “Seek first to understand and then to be understood.”