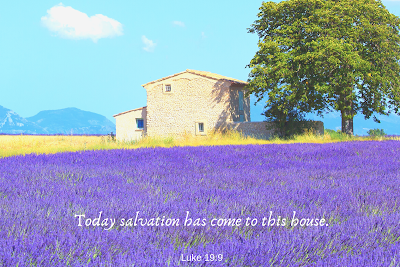 This is the second week of our series we are calling Insomnia: the lies that you keep you up at night.

Over the next few weeks we’re going to look at some of those doubts and fears that can linger in the back of our mind.  When we’re finally alone with just our thoughts, these doubts and fears can surface and cause sleepless nights.

The premise of this series is that behind those doubts and fears is a lie we buy. Actually, several lies. And we could ease our fears or eliminate them altogether if we could replace those lies with deeper truths.

The truth is that we are already accepted by God. God accepts us not based on our performance but on the work accomplished by Christ on the Cross.  And if God already accepts us, then we don’t have to fear rejection from anyone else.

Today, we want to look at another fear.  A fear, we all fear, the fear of money.  This fear develops gradually, it forms once we realize the value of a dollar.  And then, money fears start cropping up everywhere, at every stage and state of life.  For example, we fear that we won’t have enough at retirement.

Maybe you watched your parents burn through their life savings with health care costs and long term assisted living, a new problem in human history, as people live longer.  You fear you can’t possibly plan adequately for the future, you fear you might become a burden to your children.

Or, you fear our economy.  You have money in the market and you fear a market crash and losing your investments.  Or you see the national debt in the trillions of dollars, and you don’t know how our economic system can sustain it, or what it might mean for your kids and your grandkids.

You may have fears about your spouse’s spending habits. You are the saver in your house and this leads to a lot of conflict.

Or, it’s the opposite, your spouse is a saver and refuses to spend money on things you really need, so you’re constantly worrying and arguing about that.

Maybe you do live within a budget, but, wow, it’s tight.  If just one thing goes wrong, the car breaks down, a major appliance gives out, there’s an accident or someone gets sick, you could be in big trouble.

Then there is another fear – not keeping up with others in our circle.  We have to make enough money to sustain our life styles, you know. . .
– the car, the kitchen,
– the right clothes, the right shoes,
– kid’s schools, kid’s sports,
– ski trips, Disney vacations.

When it comes to money there can be quite a lot of fears.  And when you look at the list, most are pretty legitimate concerns.  Those aren’t lies, they are very real concerns, and you have every reason to be concerned.

The fears and concerns are real, but there is a lie, actually two lies, behind them.

The first lie:
I am all alone and on my own when it comes to my finances. We tend to feel very isolated and alone when it comes to our finances, there is a heaviness to it, that we feel we must carry alone.

The second lie:
My welfare relies on money and possessions.  That is, we tend to view our very welfare and the value and quality of our life as based on money.

How much money does it take to be free from fear?  Just a little bit more? If that is what we think, we will never get there.

The Bible actually can help us overcome these fears and the lies that give rise to them. For a great example, look at the story of the man, Zacchaeus, who we met in the Gospel today.

Zacchaeus was the chief  tax collector, which meant he was probably in charge of a district with other tax collectors reporting to him.  As we mentioned last week, tax collectors were the most despised people in the community, because they were collecting taxes for the Roman occupiers.
They were a pretty corrupt group. It was common practice for these tax collectors to extort money from the people on top of the actual Roman taxes. And doubtless this extorted money flowed up…Zacchaeus was getting his share! And everybody knew it.
Not surprisingly, he was rich.  He has plenty of money, but we get the sense from the story, that he was alone and lonely and somewhat of an isolated figure.  Zacchaeus is on the outside of the crowd following Jesus, as we say, he is on the outside looking in. He wants to be a part of what is going on, and he wants to see Jesus.  Despite his wealth and affluence, he wants more.
Jesus goes to Zacchaeus’ house for dinner.  The experience is a life-changing one for Zacchaeus, and, in a very specific way.  This is what he says and does.
Zacchaeus stood there and said to the Lord, “Behold, half of my possessions, Lord, I shall give to the poor, and if I have extorted anything from anyone I shall repay it four times over.”
To put his conversion into perspective, the Old Testament law said that if you stole from someone you had to pay back what was owed, plus an additional 25%, so to make restitution, 125% had to be given.  Zacchaeus proposes to make a 400% reinstitution.
On top of that, he is going to tithe on the rest of his income at a 50% level.  And Jesus responded to Zaccheaus, saying: “Today salvation has come to this house.”
This does not mean that Zaccheaus purchased his salvation or earned it through his giving. When Jesus says “Today salvation has come to this house,” he’s referring to himself, his presence in Zaccheaus’ house.  Zaccheaus embraces Jesus’ presence and enters into a relationship with him. And in that relationship, Zacchaeus’ life is completely changed, in a very specific way. God rescues him from a prison of greed driven by a fear of money, fear of not having enough money which separated him from God and others.  This fear kept him on the outside looking in.
By spending time with Jesus, Zacchaeus had come to see the lies he bought about money and replaced them with the truth.

Then one day, I had this clear revelation. This doesn’t happen to me all the time, but it has happened a few times, and this was one of those times, and the revelation was as clear as can be: In my heart I heard God telling me: “All will be well, all will be fine when it comes to raising money for this necessary thing if you do your part and trust me.”

Now don’t get me wrong, we still need your gifts. We still have work to do and more money to raise, but that day God made it clear to me that he would provide through our people.  And since then, I haven’t feared capital campaigns.