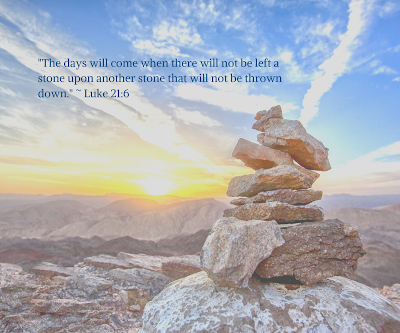 This is the fourth week of our series we are calling Insomnia: the lies that you keep you up at night.

We’ve looked at some doubts and fears that can linger in the back of your mind and cause sleepless nights.  The doubts and fears are caused by lies that our culture tells us, which we tend to believe.  For example, we talked about our fear of rejection.  Underneath our fear of rejection is the lie that we’re not good enough. So, we feel like we need to constantly perform, to endlessly prove ourselves.

The truth is that we are already accepted by God.  God accepts us not based on our performance or perfection but on the work accomplished by Christ on the Cross.

We’ve looked at our many fears about money.  One of the lies we buy here is that we are all alone and entirely on our own in our finances.  The second lie we buy is that money and possessions bring greater security and greater happiness, that more money will bring us more happiness. We know that is not true.

The truth is that God promises to provide for us when we invite him into our finances.  And it is giving that opens the door, inviting God to help us financially.

Last week we looked at our fear of death. We fear death because we believe that there is nothingness ahead. The truth is we share in Christ’s resurrection. Because Christ rose from the dead, we can too.

Today we are looking at one last fear. We have a fear of the loss of stability, our security, our safety.

But the fact of the matter is, this is a fear, we fear, all the time. As human beings, from birth, we look for stability and constantly fear losing it.

Young children look to their parents to know that everything is OK.

As we grow, our systems and structures provide stability for us: school, sports, schedules.  But with each transition in these things, there is the reintroduction of anxiety. Moving from middle school to high school, high school to college, then into the working world.  In each transition there is naturally anxiety.

As a result, as adults, we develop islands of stability.  It can be your job or your marriage. It could be your man-cave, or she-shed, it could be your car.  For many people, their church is an island of stability that provides security and brings comfort. That’s why some people find it difficult when there are any changes at their church.  Change the Mass schedule or the music, and that change can bring on major conflict. It’s not about theology, it’s about stability.  We long for it, we cherish it, and we defend it.

Jesus knows about desire for stability. This is what he is speaking about in the Gospel today when he tells the people that the day will come when nothing will be left of the Temple.  When King Herod built this temple, he intended it to be one of the wonders of the world, rivaling anything the Romans could build. It was and it did.  It was an amazing place.

But Jesus reveals to his astonished disciples it’s going to be totally destroyed. And less than 40 years later that is exactly what happened.  The Roman army besieged Jerusalem and essentially blew the Temple apart.

Jesus does not only predict the destruction of the Temple, but the devastation of the city of Jerusalem itself.  The Temple, and all of Jerusalem by extension, were not just sacred sites, they served as the very anchors of the sovereignty of their nation and the truth of the Jewish faith.

Now Jesus is telling them that it’s going to be stripped away and that’s not all, he goes on and tells them: “they will seize and persecute you, and they will put you in prison, and they will have you led before kings and governors because of my name.”

This is exactly what happens to the apostles and early Christians. We read about it in Acts of the Apostles. And Jesus tells them more.  In the midst of persecution, with the world falling apart around them, Jesus assures the apostles that this will be an opportunity for them to give their testimony to share their faith.  What looks like instability is, in fact, an opportunity.  It is an opportunity for the apostles to fulfill the mission Jesus gave them to spread the Gospel.  More than that, he will be there with them, to give them the wisdom they need to do the job he is giving them to do.

And again, if you read the Acts of the Apostles, that is exactly what happens. The apostles stand up to the authorities and the religious leaders in such a way that leaves them dumbfounded.

Jesus warns the apostles that their whole way of life is about be taken away.  All they have ever known is going to be changed. Eventually they were going to have to flee Jerusalem and run for their lives.  Did this mean that God was no longer in control? Did it mean he was taken off guard by this change? No.

In fact, God was allowing this to happen. God used Rome’s destruction of Jerusalem, as a way of jump starting the growth of Christianity.

Jesus had told the apostles to go out into the world and make disciples of all nations, but Christianity remained pretty much confined to Jerusalem the first few decades after his death.  With the exception of St. Paul, and a few others, there wasn’t much attempt to spread the Gospel to the rest of the world. Not until, that is, these trials and tribulations came.

The early Christians who were huddled in Jerusalem, were forced out into the larger world where they shared their faith, and the faith grew. Their perseverance was the key to their success in this challenging time.

Here is the lie we buy: we mistake human structures and institutions as the source of security in our lives.  That’s a lie.

Your security doesn’t ultimately rely on

Your security is in the Lord, at least it should be.  When we are threatened with the loss of stability, from the things that have supported us and strengthened us, our fears can be tamed, if we choose to believe that God is with us and still in control. God is always in control.
Maybe he’s allowing a certain sense of loss or instability so that you can go where he wants you to go and grow in the ways he wants you to grow.

He may be taking away those things or changing them in significant ways because we have grown far too comfortable with them.  He is making us uncomfortable because growth is always outside of our comfort zones.

We need to choose, Holy Spirit led, change over godless security.  In the times of chaos, where it looks like things are most out of control, is precisely where God’s power and plan are at work. There was no scene more chaotic than the cross. In that moment it looked like all hell was breaking loose.  The apostles, in that moment, saw it as the loss of everything. But God saw it differently.

In the midst of the chaos of the crucifixion, God hadn’t lost control. Actually, he was taking it back. God was saving and redeeming the whole world.  In the times of chaos and lack of stability, God may be about redeeming you and saving you from godless security that is keeping you from clinging to him.

If there is anything keeping you up at night, you need to be talking to God.  Persevere in talking to God. There is only one true security in life. By your perseverance in God and his Son, our Lord Jesus Christ, you will secure your lives.