Grace and Truth: God is with Us 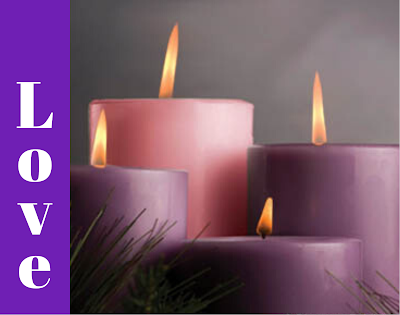 This is the fourth and final week of our Advent series called Grace and Truth. Advent is a time of preparation for Christmas. The word itself, Advent, means “arrival.”

Grace is favor. But it’s not magic. It’s favor, but it’s unmerited favor. Which means you can’t buy it, you don’t earn it and you’ll never deserve it. All you can do with grace is take it or leave it. You can refuse it and ignore it, or receive it and cooperate with it.

Truth is something that can be taught and learned, sought and discovered.  Or, conversely, it can be ignored and denied. And, of course it’s constantly misrepresented. There’s quite a lot you can do with the truth, but there’s one thing you can never ever do to it: you can’t change it.

And that means sometimes the truth is uncomfortable. Even painful or heartbreaking. On the other hand, truth can be beautiful, liberating and transforming.

Grace and Truth. It could sound like they’re at odds with each other. But actually they’re related and interdependent. The truth sometimes tells us that everything is not OK. The truth can let us know when we have problems to solve or work to do. The truth can reveal the distance between who we are and who we want to be.

So, if you think about it, the truth is the first step toward grace, toward opening our hearts and minds to acknowledging our need for grace.

Two weeks ago we looked at repentance as the bridge between grace and truth. The truth is that we are fallen, but we are also forgiven if we acknowledge our sins and ask for grace.

Last week, we looked at how we can extend grace and truth to others. And we can do it in mighty simple ways.  Specifically, we invited you to sign up for an information meeting about you possibly serving as a hospitality minister for Mass, to welcome people and help them hear the Good News of the Gospel, and receive Jesus Christ.  Thank you to all who responded. We can always use more help, if you’re interested you can still sign up for that information meeting while you are here today. The sign up cards are at the blue tables by every door.

This Advent, we have been looking at Matthew’s Gospel, which was originally written for a Jewish audience. So his perspective emphasizes the aspects of Jesus’ birth that point to his role as the long awaited Messiah, or Savior.

Historically, the idea of a Messiah (which means “the anointed one”) emerged in Jewish thought and prophetic literature. The Messiah was envisioned as a liberator who would come to restore the fortunes and glory of Israel. During the Roman period, the concept of Messiah developed into a political figure who would overthrow Rome’s dominance.

To begin, he wants to establish that Jesus’ birth aligned with the Old Testament prophecies about the Messiah’s birth.

In the culture of Jesus’ time, couples would become engaged about a year before their actual marriage. The engagement was much like modern engagement, but legally binding; breaking off an engagement required a divorce certificate. In fact, if one of the two died, the other would be considered a widow or widower.

During this time Mary becomes pregnant. Matthew is quick to point out that the child has been conceived by the power of the Holy Spirit.

Matthew tells us that Joseph was a righteous man, a faithful servant of the Lord, wise and good.  He decides to divorce Mary quietly. The word “quietly,” in the original language of Greek means covertly. It is an interesting word to describe Joseph’s actions.

While Joseph plays a major role in the Christmas story, Scripture does not record a single word of his.

Saints and scholars have often wondered why Joseph planned to quietly, covertly, divorce Mary and end the engagement. The first conjecture is the obvious one. He didn’t know what was going on. When he found out, he made the only assumption he could make and concluded this was a betrayal.

Another explanation suggests that Joseph knew exactly what was going on and he was scared. This view is supported by Scripture itself which tells us the first thing the angel says to Joseph is “Do not be afraid.”

Joseph wanted to serve God, but didn’t think he was up to this kind of service. Certainly he felt overwhelmed by the responsibility.  We see over and over again in Scripture when God calls people to something important, when he asks for their obedience, the reaction, just like Joseph, is fear.

If you sense there is something God wants you to do and you are feeling afraid, and not worthy to do it, not wanting to do it, congratulations. You’re in good company.  Many of the heroes and saints of our faith felt the same way.

Joseph was probably experiencing all kinds of fear, fear that he was in over his head, fear about what others would think, fear about who his fiancée really was.

There was a lot to fear.  Whatever the reason, either way, Scripture is clear that Joseph planned to step away from the biggest event in all of human history.  So an angel appears to Joseph in a dream. It is a grace given to him so that he can accept the truth of what’s happening to him.

The angel reminds Joseph of who he is: the son of David, a descendent of the great king David.  Joseph is to be the genealogical link that connects the long awaited Messiah with King David’s dynasty, which had been promised long ago.

And the angel introduces Joseph to who he will become: the guardian of God’s son, conceived by the power of the Holy Spirit in fulfillment of God’s will.

Joseph is given the duty of naming the boy, which is traditionally the role of the father. This would be the first major duty Joseph would perform.  God is equipping him for the role. He tells Joseph to name the boy, Jesus. Which is an English translation of Yeshua. Yeshua is another form of the name Joshua, (Did you get all that?)

The name (Jesus, Yeshua, Joshua) means “deliverer” and refers back to the towering Old Testament figure of Joshua, who was the successor to Moses and who actually delivered the Israelits into the Promised Land, introducing their greatest period of prosperity.

The angel is telling Joseph Jesus’ messianic mission: he’s not coming to overthrow Roman rule, or establish some kind of political order. He’s coming because he will save, or deliver his people from their sins.

All this took place to fulfill what the Lord said through the prophet Isaiah, “Behold, the virgin shall conceive and bear a son, and they shall name him Emmanuel, which means “God is with us.”

Joseph would have had heard this amazing prophecy since he was a boy and now he’s told it is coming to fulfillment, with his help. What did he do?

When Joseph awoke, he did as the angel of the Lord had commanded him and took his wife into his home. He was obedient to grace and truth.  Two thousand years ago, God invited a somewhat impoverished, entirely unknown fellow, Joseph, in an obscure village in the middle of nowhere to be a protagonist in God’s tremendous plan to save the world.

The only thing required of Joseph was obedience to grace and truth.  Here at the end of 2019, in Fort Walton Beach, FL, God invites us to do the same.  He wants to use us to help bring his Son into our community.

We are invited to obey the promptings and commands of God. God gives us the truth of where he wants to go and the grace to fulfill it, but in between is our obedience, our willingness to respond.

We are scarcely aware of how lives are changed, families strengthened, hearts renewed, history changed, by even a single act of obedience to grace and truth.  What has God been tugging on your heart or prompting you to do this Christmas?