Grace and Truth: Faith in Times of Crisis 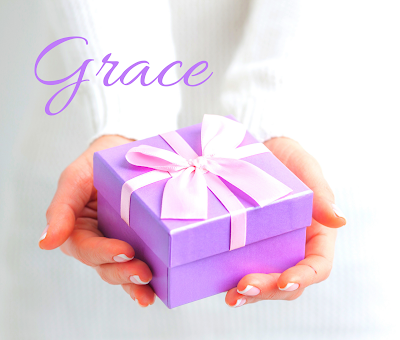 This is the second week of our Advent series called Grace and Truth. Advent is our time to prepare for Christmas, the birth of Jesus. The arrival of Jesus is the arrival of grace and truth in our world in an utterly new way.

Last week we described grace and truth in depth. If you missed that message, I encourage you to go to our website and listen online.

Grace is God’s unmerited favor. It is God’s help. Truth is truth. It is what is real. Truth asks what is real. Grace asks, “Does it heal, does it help?” In all of his interactions, Jesus brought both his grace, as well as the truth. Often the truth has to come first. We need to face the truth about ourselves because then we recognize our need for God’s help, God’s grace.

In Jesus, there was perfect harmony of grace and truth. The problem most of us face is rather than grace and truth, we tend to live lives of grace “or” truth. We emphasize one quality over the other.

If you are a person of grace over truth, you are great at being a forgiving, kind person, but you can let important things go or not be honest about reality. You ignore or find a way out of what we might call the hard teachings.

On the other hand, there are some of you who live for the “hard teachings.” Maybe you think it is a test of strength, of orthodoxy and that separates the strong and faithful from the wishy-washy. Yet when it comes to forgiving or comforting the hurt person, you look for a way around.

There’s an important bridge in today’s Gospel, about John the Baptist, that connects truth and grace. John was amazingly popular. Crowds of people would come out to hear him speak and teach even though he was out in the middle of nowhere, out in the desert. The desert wilderness in Scripture is often seen as a deeply spiritual place, where God works profoundly in people’s lives. It is seen as a place to reconnect with God. So what was John the Baptist’s message?

He says,“Repent, for the kingdom of heaven is at hand.”

When we hear the word repent, we don’t naturally think of grace. The word can sound harsh to us and it carries images of strange looking people on street corner soap boxes holding signs that say, “Turn or burn.” It is a shame that message has been corrupted in that way because repent simply means having a change of mind and a change of heart that leads to a change in direction. Repent means to recognize that something in your life isn’t working and that it needs to change. It is walking away from self-defeating, and relationship killing, behaviors and turning towards something better.

John tells people to repent and to acknowledge their sins because by doing so they prepare their hearts for the way of the Lord. The acknowledgement of sin in our lives, allows us to receive the person of Jesus Christ, to receive a Savior.

There must have been a spiritual hunger because crowds of people were going out to John in the desert where they acknowledged their sins and their need to change. They were baptized by John in the Jordan River, which was a powerful symbol of hope and new life for the Jewish people. In being baptized, they were reliving the freedom of their ancestors who crossed over the Jordan River to get to the Promised Land. They did not see the acknowledgement of sin as a negative thing or a downer but an opportunity for hope and to turn their lives in a better direction.

Yet, while crowds of people came to John, inspired by his message and turning from past sin, not everyone bought into a need to change or repent. The religious leaders came to the baptism, but they were not baptized. They didn’t think they needed to repent.

And so John the Baptist has some harsh words for them. He calls them a brood of vipers. The religious leaders thought they didn’t need to repent or do good because they inherited leadership. They were God’s chosen people; their faith was presumed. However John tells them they better not rest on their ancestry, their parents or grandparents’ faith and decisions. They need to choose it themselves.

Repent, then, is not meant to be a threatening word. Nevertheless, it is a challenge to the spiritual status quo. We have to admit some uncomfortable facts about ourselves, some truths that are difficult to admit, and acknowledge our sins. It is hard for us to face our sin.

It is difficult because when we face our sins and faults, there is always a temptation towards shame, moral equivocating or making excuses for our failures, not to mention all kinds of self-condemnation and regret.

Repent sounds harsh, and we will avoid acknowledging our sins if we only focus on the truth part of it. If we only look at the ugliness of our sins and failures, it is too much for us to bear.

You know the thoughts that go through our head. You know the self-centeredness of refusing to stop and help someone in need or listen to someone in pain because we just can’t be bothered. You know the anger you carry in your heart that at times unleashes itself at kids or people who don’t deserve it, but are safe for us to yell at. You know the bitterness you carry from past hurts or frustrations. You get caught doing something wrong and you bold face lie to them or play dumb. The times you delight or celebrate other people’s failings or are disappointed in other people’s successes. You hear about a bad decision another person makes and you can’t wait to gossip and tell others about it.

You simply cannot know the fullness of God’s grace and truth without understanding and embracing repentance. You might say that repentance is the bridge between the truth of sin and the gift of grace. We acknowledge the darkness, and bring it to light.

First, repent quickly. As soon as you know that you chose sin, as soon as you chose to act in anger, to deceive, to act bitterly, you looked at a woman or man lustfully, you acted selfishly – whatever it is – acknowledge the sin and ask forgiveness. Say, “Father forgive me” and name the sin.

Second, renounce it. Tell God you renounce it, you reject it. Even though you sinned, the deepest part of you wants to be good. The true you, the best version of you, doesn’t want the sin, so reject it. Say in your heart, “God, I reject this in Jesus’ name. I am dead to sin, but alive to you God.”

Third, get to confession periodically. While we can and should repent in the moment, Confession brings a special kind of cleansing to our souls that we need. Confession is a great gift to you from Jesus. We offer confession every Saturday afternoon from 3-5 and will have five additional priests here to help you with Confession the evening of December 11. If you have not been to Confession in a long time, do not worry. We will help you.

As we repent and turn to God, receiving more of his grace and truth, we bring more of Christ into the world. Repentance and beautiful, life-change.