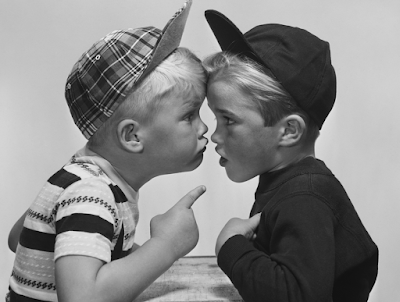 This is the seventh week of our series David For King which is about king David who lived about 1000 years before Jesus.

David’s story ties into our scripture readings for this Sunday. The last line of the gospel today tell us. You also must be prepared, for at an hour you do not expect, the Son of Man will come. You will be prepared if are honest in your dealings with others and in your relationship with God and others.  For much of his life David had excellent relationships with God and others. But David is human, so he makes mistakes and sins. He makes some big mistakes.

Last week we talked about his big mistake of committing adultery with Bathsheba and covering it up by having her husband killed.  After a while, David confesses his sin to God with remorse. God accepts David’s sincere apology but tells him there will be consequences for his sins.  For one, there is going to be fighting and killing among David’s children. You see, treachery by David brings about treachery within his family. And that’s what we’re talking about today.

David had a few wives, which was common in that time, a king would have a few wives so that he’d be sure to have a son, an heir to the throne.  David had a son named Amnon with one of his wives. He was the oldest of David’s sons. With another wife, he had a daughter named Tamar, and another son named Absalom,  half-brother and half-sister to Amnon.

Amnon becomes obsessed with his beautiful half-sister, Tamar.  He is in lust with her. Amnon wickedly devises a plan, so he can be alone with Tamar.  He pretends to be sick and tells David, “Get my sister to come and minister to my needs and bring me food.”  So, David did just that.

Tamar, being a dutiful daughter, does what her father asks her to do. Tamar goes to Amnon’s house, so Amnon gets Tamar alone in his bed chamber. There he begins to force himself upon her and rapes her. Then, with contempt for her, he sends her away.

In that culture, this would have ruined her life. Tamar was not to blame, but she would have to live the rest of her life in shame. When King David heard of these things, he was angry.  Do you know what he did with his anger? He did nothing. Nothing to defend the dignity of his daughter. Nothing to discipline his son. He had a duty as the King of Israel and as the father of the family, to act.  But he did nothing. Why didn’t David do anything? This was a direct reflection of his sin. After committing adultery with Bathsheba and having her husband killed, there was a passivity that descended upon David.  He found it hard to discipline his son because he knew HIS past sins. In his heart he wasn’t sure that he had the moral authority to discipline Amnon.

That’s how sin works. Sin can bully us into inactivity and passivity because it reminds us of our past failures, mistakes, and sins.  Especially, if you’re an authority figure, a parent, or a leader in an organization. You may be slow to correct people under your authority because their sin reminds you of your sins.

So, David does nothing.  He is passive. Absalom, Tamar’s full brother, promises vengeance on his half-brother Amnon.  Eventually Absalom throws a huge party and he invites all the king’s sons, including Amnon. At the party, Absalom gets Amnon drunk and kills him in front of his brothers and sisters. Then Absalom runs, leaving Jerusalem, and he lives in exile for three years.

David longed to go to Absalom to heal and reconcile the relationship.  Do you know what David did? He did nothing, nothing. He is conflicted, on the one hand, he’s the king, he doesn’t want to pardon Absalom for killing his half-brother, and encourage that sort of vigilante justice.  On the other hand, he’s a bit happy that Amnon is dead, because he, as king, did not act against one of his own sons, but Amnon has paid for his crime with his life. David regrets that he didn’t take care of his responsibilities. There’s this mix of emotions, and so again David does nothing.

Eventually though, David agrees to let Absalom return to the area and live close by but separately from him.  David says Absalom is not to come into his presence.

So Absalom is allowed to come back home to Jerusalem, but  spends two more years without seeing his father. It’s now been five years. This angers Absalom. He’s angry at David because he never dealt with Amnon.  Absalom had to take things into his own hands by killing Amnon. Now, Absalom is living in Jerusalem but can’t see his father, so resentment builds in Absalom.  Relational rifts become chasms when left unaddressed. There’s a saying, “Time heals all wounds.” That — is — a — lie. Time doesn’t heal wounds. When relationship rifts are left unaddressed, they become bigger, deeper and wider until there’s a chasm.

After five years, there was a chasm between David and Absalom. Yet, they still wanted to see each other.   Eventually, David agreed to see Absalom. Absalom came to the king and bowed to the ground before him. The king kisses Absalom.”  We might think, “Oh, that’s fantastic, there’s peace, there’s unity, there’s reconciliation, all is going to be well? Wrong. You think because Absalom honored his father and David kisses his son, that all is great!  But, it is too late.

Absalom will now do everything in his power to steal the throne from David. Why is that?  Because it was too late. If David had met with Absalom years earlier, if he had gone immediately and seen him, and spent time with him, that might have healed the relationship.  But now, the chasm is too great. If they wanted to heal the relationship, a lot of work had to be done, but nothing was done.

Absalom works to take the throne from his father by getting one of David’s key counselors on his side, a guy named Ahithophel (a hith o fel).  Ahithophel gives Absalom advice about how to steal the kingdom from his father. It appears that many of the leaders and elders of Israel are on Absalom’s side because the conspiracy grew, as the people siding with Absalom kept increasing.
It becomes obvious to David, that the only way to keep the throne is through war.  But he doesn’t want that to happen in his beloved Jerusalem. So David decides to leave the city of Jerusalem.  He goes out into the desert, to consolidate his forces and regroup.

David gave strict orders that Absalom was not to be harmed, but Absalom — was  — killed. So the battle is over and the messengers are sent back to David. David inquires about Absalom, and the messenger tells him, “I’m sorry, David, he is dead.”  David responds in this way. “Oh, my son Absalom, my son, my son Absalom. Would I had died instead of you, oh, Absalom my son, my son.” I bet in that moment, David would have given anything and everything to go back in time to when Absalom was exiled, to bring him back home.  That in all those years, all the things about being a king that seemed so urgent and so important, suddenly seemed so insignificant compared to reconciling with his son, Absalom. But. . . it was too late.

We’ve been taking these weeks to learn from David, from his good habits and examples, but also from his failures and his mistakes.  What are we to learn today?

Who here today is in a relationship rift?  Where do you need to repair a rift in a relationship?  Maybe you are hoping it will get better with time. But time does not heal wounds, that’s a lie!  Intentionally repairing the relationship, that is what will heal the wound. Time won’t heal it. Maybe there’s a whole mix of different emotions.  Like David, there’s a swirl of emotions and thoughts in your head. You don’t even know where to start.

Simply saying. “I’m sorry,” goes a long way.  Maybe that’s where you can start the conversation, “I’m sorry, this relationship is not where I want to be.  I’m sorry for my miscommunication. I’m sorry for my part of the problem.” Who do you need to reach out to?

If it’s a chasm, you have a lot more work to do than saying I’m sorry, but don’t give up hope on that relationship.  Unrepaired rifts become chasms in relationships. But healthy relationships are made up of people who are willing to lean into the relationship and repair the rifts. Where do you need to repair a rift in a relationship?