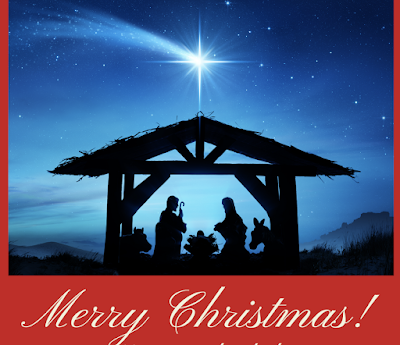 We are so glad that you are here, especially if this is your first time at a Church in a long time, or your first time ever.  If you are not usually a church person, you picked a perfect time to come to church.

That first Christmas, the very first people who ever celebrated Christmas, the shepherds, were definitely not church people. We’ll get back to them in a moment.

Right now, I invite you to take a moment just to relax. Just take a deep breath.

Over the last month you have been racing around shopping and wrapping, baking and decorating, attending events and hosting them.  With all the traffic and everything else there’s a lot of stress and tension this month. It reaches a crescendo just getting here. Getting the little kids here, who, at this point are wired, getting the big kids here, who didn’t even want to come, getting your in-laws here who wanted to go to their church.

For the next few minutes you don’t have to do anything, but you can take a deep breath and relax. . .

Most of the Christmas stories we know and love: the scenes pictured on Christmas cards, and sung in carols, the shepherds, the kings, the angels, the star: they’re all found in the Gospels of Matthew and Luke. John tells the Christmas story as well, but it is from a different perspective. John describes the arrival of The Word.

The Word refers to Jesus, God’s word: a totally new communication from God.  The Word, Jesus, is God, telling us about God, who he is and what matters to him.

Jesus consistently demonstrates grace and truth by his words and actions.

So what is Grace? Grace is unmerited favor, it’s God’s help, which means you can’t buy it or earn it.  All you can do with grace is take it or leave it. You can refuse it and proceed to ignore it, or receive it and cooperate with it.

What is truth? Truth is reality. It is not something we get to make up. We can’t alter it. It just is, whether we know it or not, whether we like it or not, whether we want it or not.  It is something that can be taught and learned, sought and discovered. Or, conversely, it can be ignored or misrepresented. There’s quite a lot you can do with the truth, but there’s one thing you can never do: you can’t change it.  Also the truth is often uncomfortable.

Grace and Truth.  They work together.

Truth asks, “Is it real? Grace asks, “Does it heal?”  Sometimes the truth has to come first because the truth might reveal that everything is not okay, which leads us to awareness of the distance between who we are and who we want to be.  So the truth can open our hearts and minds to acknowledge our need for grace.

Jesus brought the fullness of both grace and truth into all of his interactions with others.  It is why most people followed him. It also shocked and surprised people.

For example: Once the authorities brought him a woman caught in adultery. They want to stone her to death. They are without mercy. He, instead, forgives her sin and pardons her unconditionally. That’s the grace part. But, he tells her to “Go and sin no more.” That’s the truth part.

Once a rich young man came up to Jesus.  He thought he had it all together, but in reality he loved his possessions more than God.  So when this man asked Jesus what he needed to do to be a Christ follower, Jesus first of all “looked at him and loved him.” That’s the grace part.  Then he challenged him to give away his possessions and follow him as a disciple. That’s the truth part.

When the disciples found themselves at sea in the middle of a terrible storm, frightened for their lives, he quieted the storm. That’s the grace part. Then he challenged them about their lack of faith. That’s the truth part.

And on and on we could go through all the gospels…how Jesus brought grace and truth together, again and again in their full measure.

We see this played out in the first Christmas described by Luke. Luke tells us that Mary and Joseph travel to the town of Bethlehem to take part in a census.  While there, Mary gave birth to Jesus, the Word of God.

God reveals the news of Jesus’ birth to a most unlikely group, those shepherds we mentioned earlier.  It was a common understanding in that culture that only a select few could really be in right relationship with God. That’s because the practice of religion was governed by laws and rules rather than relationship with God.

It was a cultural notion that God would only accept you and love you and like you, and listen to you, if you followed the rules perfectly.  There were 613 laws, covering everything from what you could eat, to how to wash your hands, to what you could and could not do on your day off.

While the Law had some helpful information, and good advice, it was impossible to follow completely unless you were wealthy and had a lot of leisure time.

That definitely disqualified the shepherds.  They were poor. They were barely above destitute. Their lives were busy. Caring for the sheep of their flock required constant attention. Making it impossible to attend to the religious laws.

A shepherds’ life was also a mess. Literally. They lived and slept outdoors, often in contact with the blood and the waste of the animals they tended.  For these reasons, they would have been judged as unclean and unfit, and as such, unwelcome among religious people.

The angel tells them that a gift is given to you. A savior has been born for you. That’s the grace part. The truth part, the difficult truth is that you need a Savior.  So do I.

And when we do, the idea of a Savior is more of an annoyance than anything else. The shepherds had no such illusions. They knew perfectly well their lives were a mess.  When we are honest with ourselves we would all probably have to admit to some messiness of our own.

Maybe my mess is a bad habit I just can’t kick. I’ve tried to kick it before, but I continue to struggle.  Maybe my mess is a financial mess. Maybe over the last few years I’ve been living above my means and now it is starting to catch up with me.

On the outside we look good. This is a good-looking congregation!  We look good on the outside, but inside, in our head and in our heart, it can be a different story, there can often be messy thoughts and messy, messy emotions.

If you could wave a magic wand, you would make the messiness disappear, but that’s fantasy. You need help and hope. You need a Savior.  The good news of great joy is that you have a Savior, who is Christ and Lord, who alone has the power to deliver you from messiness.