Can you reach out to Jesus? 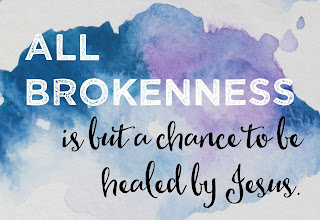 Jonathan Roumie is an actor who is best known for playing Jesus in the series, “The Chosen”. However, for several years before being cast in that series, he played Jesus in short films and plays.

He tells the story of playing the role of Jesus in a short play that was taking place in a church. The performance began with him walking up the center aisle of the church. As he was walking toward the sanctuary, a woman started crying out, “Jesus! Jesus!” and ran up to him. He didn’t know what to make of the situation. Did she really believe that he was Jesus? Despite his apprehension, he had the sense that he should just embrace her, and that’s what he did. All the while she cried uncontrollably on his shoulders. After a few minutes, she let go of him, and he continued with the performance.

After the show, he found out what had happened. A few weeks earlier, the woman had lost her son in a car accident. She was devastated. Her faith had been her only comfort during those tragic and heart-wrenching days. At the church, when she saw the Jonathan coming up the aisle as Jesus, she just got the sense that she had to reach out to him. She thought that, if she could just touch him, she would have some consolation for her grief. Hearing the story, he felt humbled, humbled to think that he could not only portray Jesus but bring some of God’s peace to someone who was so desperate and suffering so much. In today’s gospel, Jesus encounters two very desperate people.

The first is Jairus who is in a helpless situation. His daughter is ill and at the point of death. As a synagogue official, he would have been a wealthy man with access to the best medical care of the time. But nothing helped. He had tried everything humanly possible. Now Jesus was his only hope.

He probably had to overcome some of his pride to reach out to Jesus. After all, many religious leaders had negative opinions about Jesus.

Many thought they were too sophisticated to listen to a preacher from Galilee who was popular with poor people and sinners. But, because he was in such a desperate spot, he had no choice but to reach out to the only one who could help him.

The other desperate person we meet is the woman afflicted with a hemorrhage. Like Jairus, she had tried everything humanly possible to get relief from her illness. Saint Mark, the Gospel writer, tells us that she spent every penny she had on doctors but nothing worked. Now she was poor and no one to help her except Jesus.

To reach out to Jesus, she had to overcome her fear. According to the Jewish Law, her constant flow of blood made her unclean. Anyone she touched would also be made unclean. But that didn’t keep her from reaching out to touch his cloak. Her faith convinced her that she couldn’t make Jesus unclean. Instead, He would be the one to make her clean.

All of these people, the woman who reached out to Jonathan Roumie, Jairus, and the woman with the flow of blood showed faith in desperate circumstances. They believed, even though what they needed and longed for was humanly impossible. And because of their faith, they received the consolation, the healing, and the restoration that only God can give.

Maybe you are in a desperate situation. You may be struggling financially, you may have a relationship that’s falling apart, or you may be caught up in destructive behaviors that seem impossible to get out of. You may have tried everything within your power but things have not gotten any better for you. Now’s the time to reach out to Jesus. It is as simple as letting him know that you are desperate. It is as simple as pouring out your troubles before him. And, it is as simple as believing that he has the answer for you and that he will open up paths of consolation, healing, and restoration that you never dreamed were possible. He loves you, and he will do it.

If we feel some resistance to calling out to Jesus, what is holding us back? Is it our pride? Do we think we can do it on our own? Is it our fear? Will God ask something of me that I’m not ready to do? Are we worried about what other people will think? Or, do we believe that Jesus doesn’t care enough about us to work a miracle in our lives? Sadly, many times we would rather suffer alone and in silence than reach out to the God who can save us.

At this Mass, we encounter the Risen Lord Jesus – the same Jesus who cured the woman with the hemorrhage and who raised up Jairus’ daughter. We do more than reach out for His cloak. In Holy Communion, we receive his Body and Blood within us. When we receive him with faith we are healed – in our minds, in our hearts, in our souls, and even in our bodies. There is no need to suffer alone and in silence. If he does not heal us, Jesus will strengthen us so that we will no longer carry our burden alone. And if we are not healed in this life, we can live with expectant faith of being fully healed in the life to come.