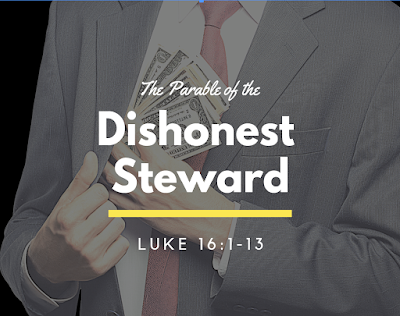 Welcome to the second week of our series”8th-Grade Faith”. Last week we talked about growing up Catholic either in Catholic School or attending what was called CCD.  And if we’re entirely honest, the driving motivation for many parents, then as now, is to just get their kids through first holy communion and confirmation. Once that’s done, most parents feel they’ve done their job.  Meanwhile, the sum total of your religious education experience – if it was anything like mine – was boring and done poorly. Besides that, we looked around at others who were confirmed in the Catholic Church, and we weren’t too interested in being part of THAT group.

It’s a handicap for the challenges of adult living.  You’re not the same person anymore, you’re more mature in every aspect of your life.  Can you imagine approaching your career, running your household, committing to your marriage based on your 8th-grade understanding of THOSE things?  We are not passing judgment on anyone, and our intent is not to make anyone feel guilty.

As a matter of fact, I confess to you; I confess to you there was a period of my life, after high school, when I stopped going to church.  Obviously, I’ve turned that around in a great way, but I do know what I’m talking about when it comes to this experience.  I really do understand why people give up on church and walk away.

We do not want to let a poor experience of church get in the way of YOUR faith.  This series is about moving on, moving on to a more useful approach to our faith as adults.

So, last week, we looked at the need to see faith not as religious rules kept in order to avoid punishment and earn our way into heaven, which we can’t do anyway.  Faith is the offer of God’s ongoing beautiful grace and favor. Faith is the opportunity for a relationship with our heavenly Father, through his Son, Jesus Christ.  Christianity certainly calls for obedience. However, it is not an obedience based on guilt, fear, or manipulation.

It is the obedience of love and respect for God. Today’s message is about moving to a new level of thinking about who we are in relation to God.  And this happens in part by thinking differently about things like possessions and money. So, we’re going to look at a teaching of Jesus about this very topic, which comes in the form of a parable.  Jesus told parables to teach and preach.

The boss is a very rich man.   The story doesn’t tell us how the steward is squandering the rich man’s property, just that he is.  Did you catch what he says to his steward: He says “What is this I hear about you? Prepare a full account of your stewardship, because you can no longer be my steward.’

In other words, when the rich man asked for a full account, he’s not just talking about an audit, he’s not asking the steward to just put things straight again.  He’s saying, “Turn in your keys, pack your bags and go. You are fired.”

Clearly, the steward was guilty, because he doesn’t defend himself, he doesn’t offer excuses or appeal the judgment.  He immediately begins to plan for his future, what options he’s got, and what will be in his best interest.

The steward knows his time to manage the rich man’s money is running out quickly. Once he hands over the books, he no longer has any control over anything.  So, he calls in the master’s debtors and reduces their debt. In each of these deals, the steward would have received a commission, and what he’s doing is shaving off his share, thereby reducing their debts and obviously winning their favor.

He does this so that others will employ him once he is out of a job.  I ask you to carefully consider what the steward is doing. He is giving up an immediate reward, which is his commission, for a long-term reward, which will be employment with these debtors.  Inadvertently, he also wins back the master’s favor. The parable ends in this way: “And the master commended the dishonest steward for acting prudently.” He commends the steward, not because he is dishonest, but because he used the limited time and resources he had, in his control, for his long-term benefit.  I think from this parable, there are two huge insights that we can learn that can move us beyond an 8th-grade faith.

First lesson, we are stewards, not owners.  We are stewards, not owners of possessions and money.  In a parable, one character usually represents God, the other character is us. Clearly, the rich man represents God because everything belongs to him, it’s all his stuff.  We are the steward, we manage some of God’s stuff, and we manage it for a time, but only for a time. Do we squander it like the steward in the parable or do we invest in the things that are important to God.

There was a time in which you did not have the possessions and money that you have now.  And there will be a time when you no longer possess anything, beyond the good that your money and possessions can do for you and others now.  What you do have is an opportunity to go deeper into your relationship with God, to go beyond an 8th-grade faith, by recognizing and embracing your role as a steward.

Lesson two: you can use your money and possessions for your eternal best interest.  The parable concludes with this instruction from Jesus. He says, “I tell you, make friends for yourselves with dishonest wealth so that when it fails, you will be welcomed into eternal dwellings.”  What’s he talking about there? Well, when we’re younger, it’s hard to grasp the truth of delayed gratification. Children do what feels good, they want what they want when they want it because it’s very difficult for them to imagine life beyond today, or even beyond the moment.

The dishonest steward does what he needs to do, giving up his commissions, to secure his future by making sure he will have future employment with those creditors to whom he offered a discount.  He is not dishonest because he gave up his commissions. He is dishonest because he initially squandered his master’s money. Now the steward is practicing delayed gratification because he will not receive immediate financial gratification by collecting his commissions. Jesus is saying we should be every bit as shrewd as the steward in planning for our eternal life by not keeping everything for ourselves but giving much of it away. Because it does not belong to us to begin with. We are supposed to manage it.  That is what it means to be a steward, to manage or look after someone else’s property.

As we get older, it becomes easier to see the value of delayed gratification in many areas of our life, such as working out, eating right, investing in your kids, they’re all expressions of the value of delayed gratification.  Doing something now that might be challenging or difficult or even sacrificial because it brings long term rewards. So, by all means, think strategically, think long term, about your money, think in terms of saving to buy a better vehicle, or a better house, saving for vacation, or an earlier retirement.  But also make sure you’re considering your full future by thinking about your eternal future. The Bible teaches you can actually invest in eternity, you can actually invest in eternity and the way to do it is to invest in God’s kingdom.  And the Bible tells us you can do that by giving in two ways, giving to the church and giving to the poor.  You can use what you have to build up treasure in heaven. Everything we have, including our money, can be used as either a material idol, to worship and squander, or a tool to spread God’s Kingdom here on earth.

Why do we talk in church about how to handle your money? Do you realize how much Jesus talked about money? Sixteen of Jesus’ thirty-eight parables were concerned with how to handle money and possessions. In the Gospels, an amazing one out of ten verses (288 in all) deal directly with the subject of money. The Bible offers 500 verses on prayer, less than 500 verses on faith but more than 2000 verses on money and possessions.  Do you think God is trying to tell us something?

God is trying to tell us you can’t take money with you but you can send it on ahead.  There are long-term rewards for sure but there are also short-term benefits too when it comes to giving, because giving reflects God’s heart and God’s character.  God is a giver. We read that throughout Scripture, God is generous, He holds nothing back from us, including His Son. You can’t out-give God. You can’t be too generous. When you make giving to God a priority in your life, you can come to know and understand the generosity of God, you can come to know and understand the heart of God, which means you’re coming to know and understand God better.

Those are all the things we want you to know this morning. And if you will, this is what we would like for you to consider doing. This week, take a look at what you have, what you own, your possessions, your stuff, and how you’re using it. Take a look at your budget and how you’re spending your money, where you’re spending your money.  And ask yourself one simple question, how am I doing? In light of the fact that none of this stuff belongs to me, given the fact that it is in my very best long term interest to make giving to God a priority, how am I doing?  Am I acting wisely as a faithful steward? Am I reflecting the generous heart of God? Am I thinking far enough ahead? Am I thinking about my money in the light of eternity.