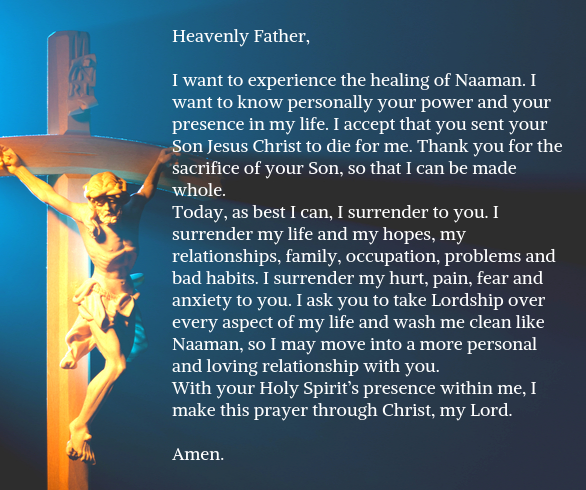 Looking at our lives with a long view, which is God’s view, we can see our faith, not as an obligation or mandatory exercise, but as a beautiful way of life. Last week, we talked about the difference between saying your prayers and entering into prayer, which is an honest conversation with God.

By the way, if you’ve missed any or all of the previous week’s series, or you know someone you’d like to share this message with, you can always access our homilies online. Just go to  saintmary.life, and click the homilies tab.

The same is true about Christianity, or whatever religion you were taught as a child. But consider this, while you never questioned, you also never verified, you never confirmed for yourself that the earth is round.

For instance, you swore you’d never get married, but then you met her, and suddenly everything changed. Marriage wasn’t something, it was someone.  The same might be true for your kids. You saw your friends with their kids, and you couldn’t understand why they were so smitten. But then, you had kids, and now you’re smitten too.  Well, Christianity can be like that. It’s meant to be like that! Christianity is meant to be both corporate and personal. It is corporate because we belong to a community of believers.

We need community, and people who think they don’t, are just kidding themselves and missing half the equation. Christianity is a community experience, but it is also an intensely personal experience.

When Christianity becomes personal, it changes everything because it changes your life. An example of this, is a story in the Bible from the book called 2nd Kings.

The story we’re looking at today is about the commander of the Syrian Army, named Naaman.  It begins like this, “Naaman, the army officer of the king of Aram,” Aram was Syria, “was highly esteemed and respected by his master, for through him the Lord had brought victory to Aram.  But valiant as he was, the man was a leper.”

Naaman had so many good things going for him, he was successful and earned the respect of the king.  He was valiant and a warrior of great courage. He was also very wealthy. But despite his wealth and his success, he suffered from leprosy.

Leprosy, was an infectious disease, and there was no cure.  Lepers were social outcasts. So, Naaman, a Syrian soldier, is an enemy of Israel. The bible goes on to say, a young girl from Israel was captured by the Syrian army and subsequently employed as a servant in Naaman’s household. This servant girl tells Naaman’s wife about a powerful prophet in Israel who can heal Naaman, the prophet’s name was Elisha.  Elisha was one of the greatest prophets of the Old Testament. Naaman decides to go see the prophet. He takes money and expensive gifts, willing to pay any sum to the prophet for healing. To help him transport all this expensive stuff, he brings along a huge entourage of servants.

Naaman’s travel party, and wagons full of expensive gifts must have been quite a parade when they pulled up in front of the prophet Elisha’s humble little house.  But Elisha isn’t impressed. He doesn’t even come out to talk to Naaman. Instead, he sends a message, saying if Naaman wants to be healed of his leprosy, he must go and wash in the Jordan River, seven times. That’s it.

Well, Naaman is insulted and incensed. He can’t believe that after all the trouble that he’s gone through, washing in the river is all it takes.  And, Elisha doesn’t even come out and speak to him. Naaman, who faced debilitating illness and possible death, who had traveled a long distance at great expense, and was prepared to spend lots and lots more money for a cure, was ready to walk away.

One of his servants came up and reasoned with him saying, ‘If the prophet told you to do something extraordinary, would you not do it?  And all the more since he told you, ‘wash and be clean.’ Just because it’s a simple exercise doesn’t mean it’s not worthwhile.’ So, Naaman went down and plunged into the Jordan seven times according to the word of the man of God.

His flesh became like the flesh of a little child, and he was clean.” Surrender brought healing.  But along with that gift, Naaman receives another gift, which is an even greater gift. He says, “Now I know that there is no God in all the earth, except the God of Israel.”

Before, Naaman had known about the God of Israel. He had heard of Him. He’d read stories, but now, he’s experienced Him. It can be the same for you.  Naaman experienced God’s power and His presence. He came to know God in a personal way, and it changed his life. Naaman’s faith growth, was two-fold.  First, he needed help, and he recognized that he needed help, and he sought it out. Second, he surrendered his will. He — surrendered — his — will. Naaman had a choice to make, a difficult one. The choice was to surrender, to exchange his pride for God’s power.

It was his suffering that moves him beyond his pride to embrace God’s plan, and embracing God’s plan opens him up to God’s power.  This is exactly how many of us come to a personal faith, through suffering. We experience pain in some way. Maybe it’s physical pain like Naaman’s, or spiritual pain, relational pain, financial pain.

Pain can awaken us to the reality that all is not well with us, that we need more, we need help, we need healing, we need hope.  We all do, and we constantly do. That’s the bad news. The good news is that God specializes in healing. And like the story of Naaman, it’s an exchange.

I want us all to pray together now.  It’s an opportunity to simply express your willingness and openness to surrender, to exchange your will and your way for His.

So, please look in your worship aid on page 3 under homily, and let’s pray this prayer together slowly. Really think about the words as you pray them.

Heavenly Father, I want to experience the healing of Naaman. I want to know personally your power and your presence in my life. I accept that you sent your Son Jesus Christ to die for me. Thank you for the sacrifice of your Son, so that I can be made whole. Today, as best I can, I surrender to you. I surrender my life and my hopes, my relationships, family, occupation, problems and bad habits. I surrender my hurt, pain, fear and anxiety to you. I ask you to take Lordship over every aspect of my life and wash me clean like Naaman, so I may move into a more personal and loving relationship with you.  With your Holy Spirit’s presence within me, I make this prayer through Christ, my Lord. Amen.

This is what we want you to know. For faith to mature it must become very personal to us, since faith grows through a personal encounter with God.

This is what we want you to do. The prayer we just prayed is on the front cover of our bulletin.  Pray it at home this week. This will give you an opportunity to grow in your faith in a personal way by simply expressing your willingness, your openness, to surrender, to exchange your will, and your way, for God’s will and God’s way.