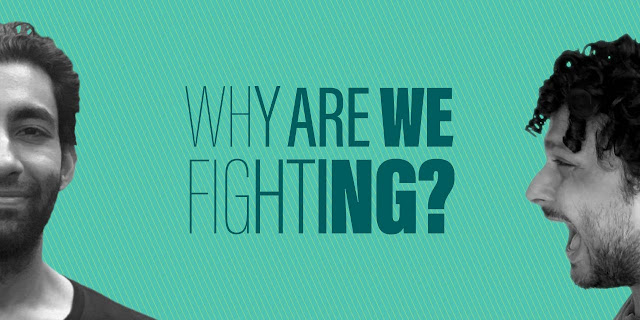 Things fall apart; the center cannot hold;
Mere anarchy is loosed upon the world,
The blood-dimmed tide is loosed, and everywhere
The ceremony of innocence is drowned;
The best lack all conviction, while the worst
Are full of passionate intensity.


These lines from Yeats’ poem The Second Coming seem as true now as they were when he wrote them between World War I and World War II.

If we look at the political situation in the USA, Europe, and further afield, we witness the collapse of the centrist parties, or at least the centrist positions. Because things fall apart the center cannot hold, traditional political certainties are falling apart. As in politics, so too, in our society at large. I cannot recall a time, in my life, where our society has seemed so divided with areas of common ground increasingly hard to find.

The worst of motives are frequently ascribed to those who disagree with us. One need only think of our recent elections to see examples of groups of hugely polarized people simply unable to comprehend how any correctly-minded person could have voted other than the way they voted. People speak of online echo chambers where people never encounter anything but the worst parodies of those they disagree with and spend most of their time having their opinions reinforced and applauded by “people like us”.

At the same time on University campuses, and in other areas of public life, debates rage over issues of diversity, intersectionality, and inclusion. Identity politics is creating huge tensions between people. Catholics brutally disparage one another on social media and other internet sites, simply because they disagree. What a shameful, scandalous example that is for the rest of the world to see.

Diversity, we are told, is to be celebrated; yet now we feel not so much diverse as divided. Where is the center? What can hold diverse people together, rather than turning them against one another?

The answer is given us in today’s letter of St Paul to the Ephesians: ‘In Christ Jesus, you that used to be so far apart from us have been brought very close, by the blood of Christ. For He is the peace between us and has made the two into one and broken down the barrier which used to keep them apart….’

Recently someone, who came to Mass for the first time in many years commented that one of the things that struck him was the great mixture of people inside the Church. He made the point that there were very few places in daily life where people congregate and socialize that reflect the diversity of our society. Go into, a theatre, a restaurant, a bar, and more often than not there will be a certain demographic that predominates. All too few are the places where people come together and meet people ‘not like us’. What the Church has, that much of modern diversity politics lacks, is something bigger than the differences, something which draws diverse people together and gives them cause for celebration of their difference and there being together.

Now, this is not to say that Christians can only take pleasure in the company and the differences of other Christians, but rather that the Christian perspective properly sees each and every human being as a unique creation of God; sees each person as loved, willed, and necessary.

But our modern high schools and institutions of higher learning teach people the opposite. In essence, they teach and preach materialist evolutionism, sometimes explicitly and sometimes implicitly. They believe evolution occurred, but there was absolutely no supernatural entities or forces affecting it, because such forces do not exist. Such a philosophy sees humans as, by design, only in competition with one another, cooperating only where it serves personal interest, and seeks to explain away altruistic behavior, which is voluntarily acting to help someone at some cost to oneself with no possibility of self-gain. The world becomes the land of survival of the fittest through competition, and looking out for number one, yourself.

And yet there remains this thirsting for justice, this indelible imprint upon our souls from God. Those in our society who have been systematically mistreated and downtrodden long for a fairer, better world. The problem is when they long for it without God. Whereas Job was angry with God, modern day expressions of hurt and exclusion tend to be followed by anger at the system and those perceived to control it. They rebel against the poor organization of the world, and they maintain the hope of salvation through human effort.

The danger is that we get trapped in a world of ‘isms’ and their activists, and the counter-activists that arise against the other activists against the ‘isms.’ If we, as Christians, become too preoccupied with these, all that results is that the Lord’s flock becomes divided. We can spend our lives becoming preoccupied by the wrongdoings of others, thinking ‘if only they would change, then things would be so much better’, we become too eager to teach and not eager enough to be taught. And this is where the instruction of Jesus to ‘come away to some lonely place . . . and rest for a while’, becomes so important. It is in such time, and in such a place, that we realize our own sinfulness, we realize our own tendency to live like sheep without a shepherd.

We may on the surface of things acknowledge Christ as the True Shepherd, but do we follow the example of the crowd in today’s Gospel? Do we hurry to hear to His teaching? Do we pause to allow him to teach us at length?

What role does Jesus Christ take in your life? Is he at your center? Do you seek out quiet time when you can reflect that in him, you live, and move, and have your being? (Acts 17:28)

The truth is that Christ is the only true center, and without him things fall apart.